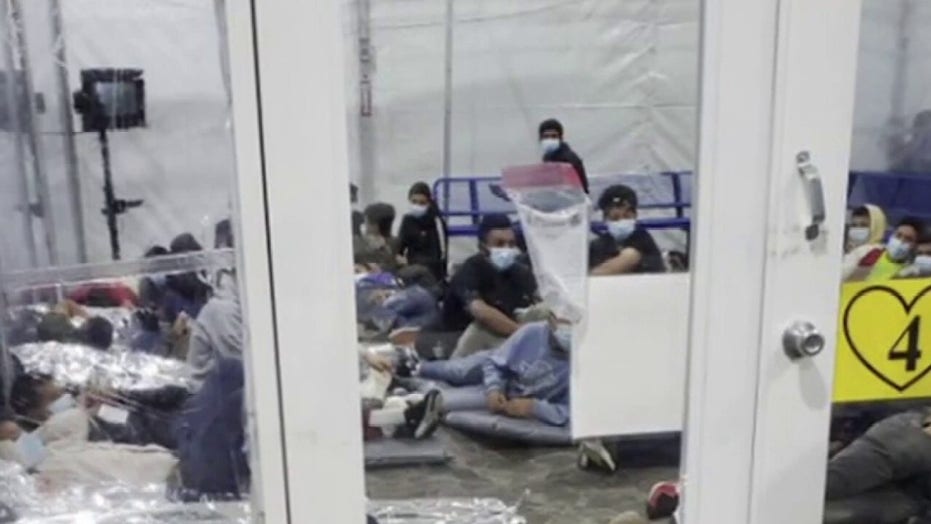 Rep. Roy on what Biden doesn't want Americans to know about border crisis

New data from Mexico indicates that the death toll from the coronavirus is far higher than previously thought.

A report published by Mexico's health ministry showed that by mid-February there had been just over 294,000 deaths "associated with COVID-19" – a nearly 60% increase from the originally published figure.

That figure has since risen by almost 27,000 more deaths through March, bringing the total to more than 321,000.

The new report was published Saturday with little fanfare. President Andrés Manuel López Obrador has faced significant criticism for his handling of the pandemic, the BBC reported.

Those figures put Mexico second after the U.S., but the population of Mexico is 126 million – far smaller than either the U.S. or Brazil, which previously ranked second-most: the U.S. boasts a population of over 328 million and Brazil has 211 million.

These developments show just how deadly Mexico's second wave in January was.

The opposition has accused him of downplaying the severity of the pandemic, according to the Guardian.

Former President Felipe Calderón tweeted Saturday that "more than 400,000 Mexicans have died, above the average for previous years ... probably the highest figure in the world."

The increased numbers indicate a far worse situation in the country than previously understood – a country through which increasing numbers of migrants have been traveling to the U.S. border.

Migrants are not supposed to enter the U.S. from Mexico without a negative COVID-19 test, yet at least 185 migrants released this past month into Brownsville, Texas, tested positive.

The city of Brownsville cannot prevent these people from traveling throughout the country, it said, and it is unclear how many of these people have utilized public transportation.

"This is an example of how unprepared DHS was for this surge," Vitiello said, referring to the mishandling of COVID-19-positive migrants.

"I saw today that Mexico closed their Migrant Protection Protocol shelters, and since the program is suspended, they will likely refuse to allow people to wait for test results. They are not likely equipped to administer [COVID-19] tests."

Peter Aitken is a New York born-and-raised reporter with a focus on national and global news.

You've successfully subscribed to this newsletter!